Drop the space station on India or China? Director of Russian Space Agency furious over US sanctions

In response to Russia's attack on Ukraine (Russia Ukraine Crisis Latest News), America has showered sanctions (US Sanctions on Russia). A day earlier, US President Joe Biden has also announced new sanctions on Russia in the field of space. Biden himself has said that the Russian aerospace industry is going to suffer heavy losses due to the sanctions imposed by his country. The US has announced sanctions on the Russian military, navy, trade and people close to President Vladimir Putin. The White House has said the new sanctions will not directly harm Russia's space program, but have restricted exports of some highly sensitive technology. In this, the export of technologies related to semiconductors, sensors, navigation and avionics has been stopped with immediate effect. Since then, the Director General of the Russian space agency Roscosmos, Dmitry Rogozin, has expressed anger.

Dmitry Rogozin tweeted that President Joe Biden announced new sanctions on Thursday. In this, the aerospace industry of Russia has been targeted for their space mission. He told that the orbit and location of the space station are controlled by Russian space engines. Rogozin asked who will save the International Space Station from getting out of orbit and going unchecked if you stop cooperation. It will fall in America or Europe. India and China are also likely to fall on this 500-tonne structure. Do you want to threaten these countries with such a possibility. He made it clear that the space station does not fly over Russia, so all the risk lies with you. Are You Ready for This.

NASA gave clarification - cooperation with Russia will not decrease

A NASA spokesman said on US sanctions that Russia's assistance to keep the International Space Station running safely would continue. NASA will continue to work with all of its international partners, including the Russian space agency Roscosmos. The spokesman also said that the new sanctions will not affect civil space cooperation between the US and Russia. There are no plans to change the cooperation between the two countries in orbit and ground station operations. The new export measures will apply only to military and ambition missions.

Many countries operate the space station together

Orbiting 410 km above the earth

According to the US space agency, the space station is orbiting about 410 kilometers above the Earth. Work on this project was started in 1989. Currently, the ISS is the largest satellite ever built. The ISS consists of the United States' NASA, Russia's Russian Federal Space Agency (RKA), the Japan Aerospace Exploration Agency (JAXA), the Canadian Space Agency (CSA) of Canada and the United European Space Agency (ESA) of European countries. 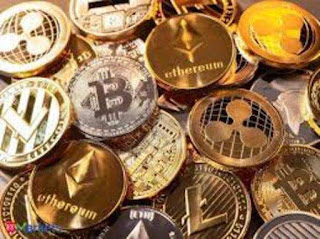